You all remember your first celebrity crush. Totally gorgeous. Totally dreamy. And if you are a part of my family, totally way too old for you.

I remember mine. Drew Seeley. Not the typical crush of the early 2000’s…but the second I saw him dancing in the 2008 dance-drama Another Cinderella Story, I was in love. My 10 year old self could not handle my new emotions, especially after I found out he was the singing voice of Troy Bolton for most of the first High School Musical. Any man that could sing and dance was the one for me. It didn’t phase me that he was 16 years older than me. Or a full grown man.

Ava’s celebrity crush came a little later, and in the form of the giant, tan, muscular Australian Chris Hemsworth. As my family is obsessed with the Marvel franchise, of course we saw every Thor movie. Somewhere along the line Ava realized that boys were not just sacks of cooties, but were also sometimes nice to look at, and she decided that Chris Hemsworth was the nicest to look at. (Also oblivious of the fact he is in his 30’s).

When Thor Ragnarock came out of course we went to see it. The movie was cinematic gold. Hilarious, aesthetically pleasing, truly phenomenal. Then Stan Lee (R.I.P.) used that contraption to cut off Thor’s majestic locks. In the scene that follows Thor steps out into an arena in armor, ready for battle. The camera pans up from his abs, passing by his chiseled arms then landing on his war paint covered face revealing his handsome new haircut.

Sitting in the movie theater, all of a sudden I heard an audible gasping in of air, the literal textbook definition of “taking one’s breath away.” I looked over and saw Ava’s face, jaw gaping open, eyes widened in surprise, at the same time that my mother said “Lord help us.”

The most dramatic of the first-crushes however, has been Edie’s obsession with Zac Efron.

From the moment Ava and I made Edie watch the High School Musical movies with us, life as we knew it changed. She decided that Zefron was the greatest human on the planet and began writing his name on everything. On notebooks, pictures, even my dad’s old drummer’s stool.

She printed a picture of him to hang above her bed.

When asked about it she simply said:

“Now I have the moon and the sun.”

We tried to reason with her, reminding her that he is 31 and she is 11 and she should probably chill out and enjoy being a kid, but nothing worked.

It was an obsession of magnificent proportions. When The Greatest Showman was released Edie’s obsession grew to unhealthy levels. She had her friends write letters to Zac telling him why she should be his next girlfriend. She sang loudly over Zendaya during “Rewrite the Stars,” over and over and over again. She got a personalized journal with “I heart Zac Efron” on it to fill with love letters.

Just the other day we realized how dangerous her crush had gotten.

My mom was trying to print some Valentine’s Day bingo sheets for Edie’s class party and when I asked why some were on card stock and some on regular printer paper I was met with this answer:

Mom: “We ran out of card stock because Edie used the printer and now there are 800 mini Zac Efrons upstairs.”

Ava: “Yeah I tried to print my homework and all of a sudden all of these Zac Efrons kept popping out and I was like ‘Dad fix it’ and he said ‘EDIE!’ and she just said ‘Good. They printed.”

Edie: “They wouldn’t print so I just kept pressing print! Then when they kept coming I said ‘Oops…’ but what’s right is right.”

Now the mini Zac Efrons can be found around the house…

With our family pictures.

Even though she might be whatever the reverse term is for a cougar, I will almost be disappointed if she doesn’t end up becoming Mrs. Edie Efron. He really does feel like part of the family now.

(Side note- I did ask Edie’s permission before writing about her love for Zac, and she simply said “of course,” so I rolled with it).

3 thoughts on “Too Obsessed to be Stressed” 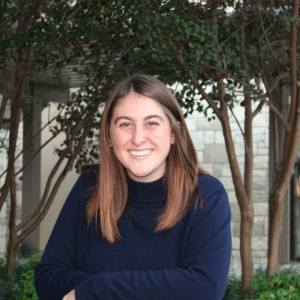 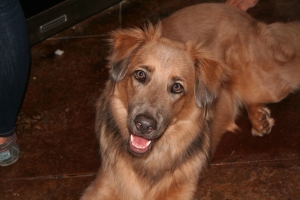 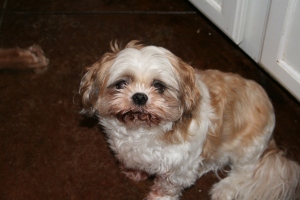